As the biggest clubs in Europe kick off yet another busy summer, SportTet looks at one player each side should be targeting in the transfer window.

Arsenal: Pedro Goncalves. Among many other things, the Gunners need an injection of creativity in midfield, especially if they can’t bring Martin Odegaard back after his loan spell. Having already missed out on Emi Buendia this summer, Mikel Arteta and Co. have to start locking in some reinforcements to recover from another disappointing campaign.

Goncalves, 22, was the driving force behind Sporting CP’s title win this past season, scoring 23 league goals as the Lisbon-based club ended its nearly two-decade-long drought.

Chelsea: Erling Haaland. Yes, this is a bit of a cop-out since the Norwegian star would be perfect for just about anyone, but Chelsea’s need for more punch up front is painfully obvious; Jorginho was their leading scorer in the Premier League last season with seven tallies, all from the penalty spot.

“We need more goals,” Thomas Tuchel admitted in May, adding that his forwards’ output is “clearly not enough.” Beating the continent’s other top sides to Haaland’s signature would also free Timo Werner to revert to his more comfortable role playing with a central striker. Two birds with this one.

Liverpool: Renato Sanches. Georginio Wijnaldum’s departure on a free transfer leaves a big hole in Jurgen Klopp’s midfield. The Dutchman, an energetic cog that did a little bit of everything for the Reds, never made fewer than 33 league appearances in his five seasons at Anfield.

Sanches, back to his vibrant best at Lille after his young career stagnated for a couple of seasons, offers the type of all-action presence Klopp loves and would complement Liverpool’s current collection of midfielders. Still just 23, Sanches would also have an opportunity to keep developing.

Manchester City: Harry Kane. Whether Daniel Levy will budge at all in his mammoth valuation of Kane remains to be seen; the Tottenham executive is a notoriously tough negotiator, and Manchester City, despite spending a lot of money cumulatively, don’t tend to break the bank for one player.

That said, the England captain would clearly be a fantastic fit in Pep Guardiola’s lineup. Aside from the simple fact that a bona fide No. 9 is the team’s only glaring need – especially after Sergio Aguero’s departure – Kane’s playmaking ability would, in theory, mesh wonderfully with the fluid style Guardiola has implemented.

Enter Torres, the blossoming Villarreal defender who is only 24 years old and offers the added benefit of being left-footed. The Spanish international is destined for a big move, and the Red Devils would be wise to make sure Old Trafford is the destination.

Tottenham Hotspur: Marcus Thuram. Everything depends on Harry Kane’s future. If the Tottenham talisman gets his desired transfer, Spurs obviously need to bring in another forward. There are other areas to address, but losing the Englishman’s 37 Premier League goal involvements without signing someone to help fill that void would be a nightmare.

Thuram wouldn’t be able to carry that burden all on his own, but his impressive stint at Borussia Monchengladbach, where he’s scored 25 goals across all competitions in the last two seasons, has caught Tottenham’s eye. The 23-year-old Frenchman continues to grow and could be an ideal attacking partner for Heung-Min Son.

Atletico Madrid: Rodrigo De Paul. Rumors continue to circulate about the potential exit of Saul Niguez, and De Paul has been tipped as an ideal successor to the Spanish international. It’s easy to see why. The Udinese star brings plenty of skill and incisiveness to the midfield, and he has the type of edge necessary to thrive under Diego Simeone.

After honing his craft at Udinese since 2016, it feels like the right time for the Argentine to take the next step in his career.

Barcelona: Memphis Depay. Barcelona have been one of the busiest teams in the transfer market thus far, bringing in Sergio Aguero and Eric Garcia on free transfers from Manchester City and recalling Emerson from his loan spell at Real Betis. Bringing players in without putting money down on a transfer fee is the name of the game for cash-poor Barca this summer.

Depay, then, ticks all the boxes. He’s a free agent, is coming off an excellent campaign with Lyon, has an existing relationship with Ronald Koeman, and, crucially, isn’t over the hill. That’s more than can be said of some of the club’s signings in recent years.

Real Madrid: Jules Kounde. The circus surrounding defensive stalwart Sergio Ramos continues. The veteran Spaniard would apparently like to sign a new contract and remain at the club, but Real Madrid haven’t tabled an offer. There are suggestions that Raphael Varane could be on the move, too.

Losing either would be a big blow, but the club could soften that impact by adding Kounde, who looks destined to be a superstar for many years to come. The 22-year-old Sevilla defender won’t come cheap, but Madrid could try to sweeten the pot with any number of players they’re ready to ship away.

AC Milan: Dusan Vlahovic. Zlatan Ibrahimovic won’t be leading the line forever. Milan must keep planning for the post-Zlatan world, which could – and perhaps should – come at the end of next season. Instead of waiting until the influential Swede decides to move on, the Rossoneri need to be proactive and act now.

Vlahovic, who just delivered an eye-popping campaign at Fiorentina, offers the perfect blend of physicality and technique – not to mention quickness – that could slot perfectly into Stefano Pioli’s side without causing a disruption or forcing a change in approach. The 21-year-old Serbian won’t be available for long.

Inter Milan: Manuel Lazzari. Inter are expected to offload at least one key contributor this summer, and the exhilarating Achraf Hakimi – whom we’ll get to shortly – appears the most likely candidate. New coach Simone Inzaghi likes to utilize wing-backs in much the same way Antonio Conte did, so the position will remain a focal point for the Nerazzurri.

Lazzari, whose blistering pace down the right flank has been crucial to Lazio’s success in recent seasons, is the tailor-made replacement for Hakimi. The Italian could be tempted to follow Inzaghi to Milan after the two forged a relationship.

Juventus: Manuel Locatelli. It’s no secret Juventus’ midfield is crying out for some help. Returning manager Massimiliano Allegri needs to rebuild that group if he’s to lift the Old Lady back to the Serie A summit; the need for significant investment in that area of the pitch is glaring.

Several players have been linked with a switch to Turin, but Locatelli makes the most sense for several reasons. The 23-year-old Sassuolo standout shines in multiple midfield roles and would provide the club with a young Italian talent to market and build around.

Bayern Munich: Eduardo Camavinga. Bayern Munich are continually refurbishing and making moves with the club’s long-term health and sustainability in mind; there’s a reason the Bavarians have won nine consecutive Bundesliga titles and show no signs of tripping up. In a sport in which so many top clubs are financially mismanaged, Bayern continue to thrive.

In keeping with that ethos, Camavinga stands out as the clear choice. The French midfielder, 18, would have the opportunity to grow steadily under the tutelage of the club’s current stars, offering depth in the immediate term and world-class potential in the long run.

Borussia Dortmund: Donyell Malen. If Jadon Sancho does indeed depart this summer, expect Dortmund to stick with their tried and true model by snapping up a young replacement who can fetch a mammoth transfer fee at some point down the road. Their modus operandi works.

Malen fits that bill. The 22-year-old Dutchman is a versatile forward and could be available for a reasonable fee in today’s depressed transfer market. An impressive showing with the Netherlands at Euro 2020 could inflate his value, though; if Dortmund haven’t already started talks with PSV Eindhoven, they’d better get moving.

Whether Hakimi’s arrival would force a change of system is a worthwhile debate; the flying Moroccan excels in a wing-back role. But whenever a talent of his caliber is available, suitors should move quickly. 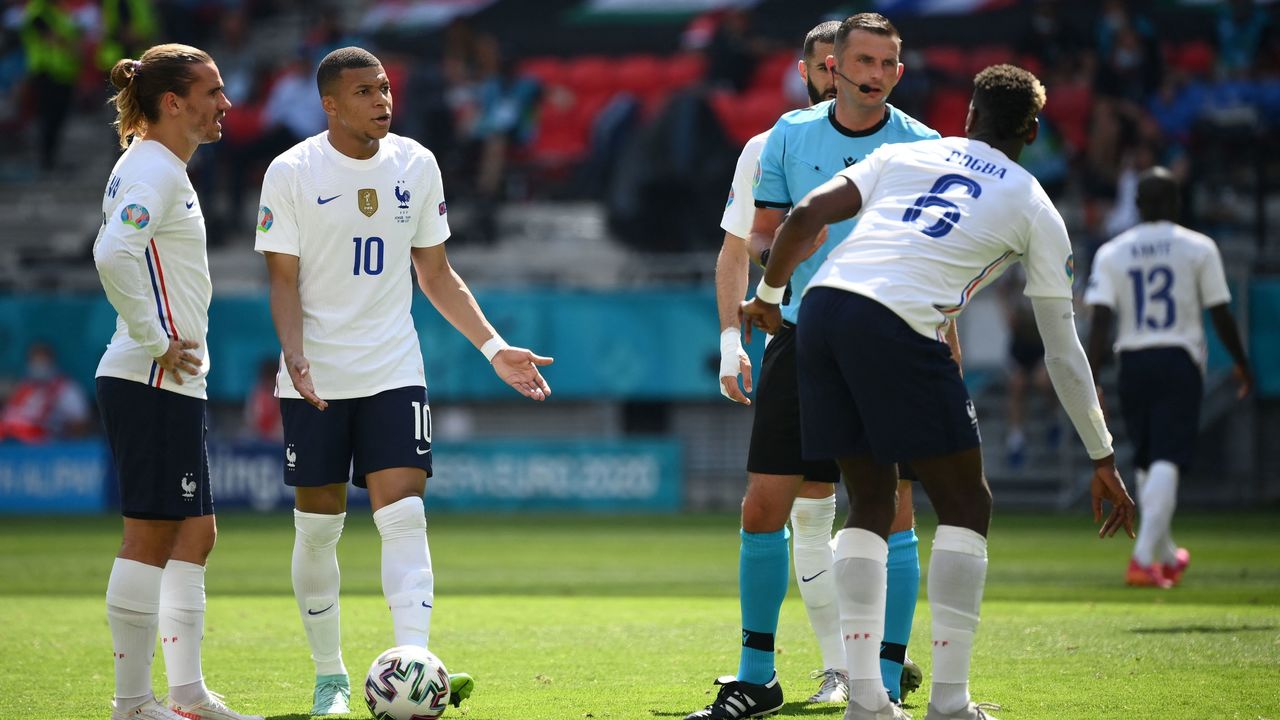 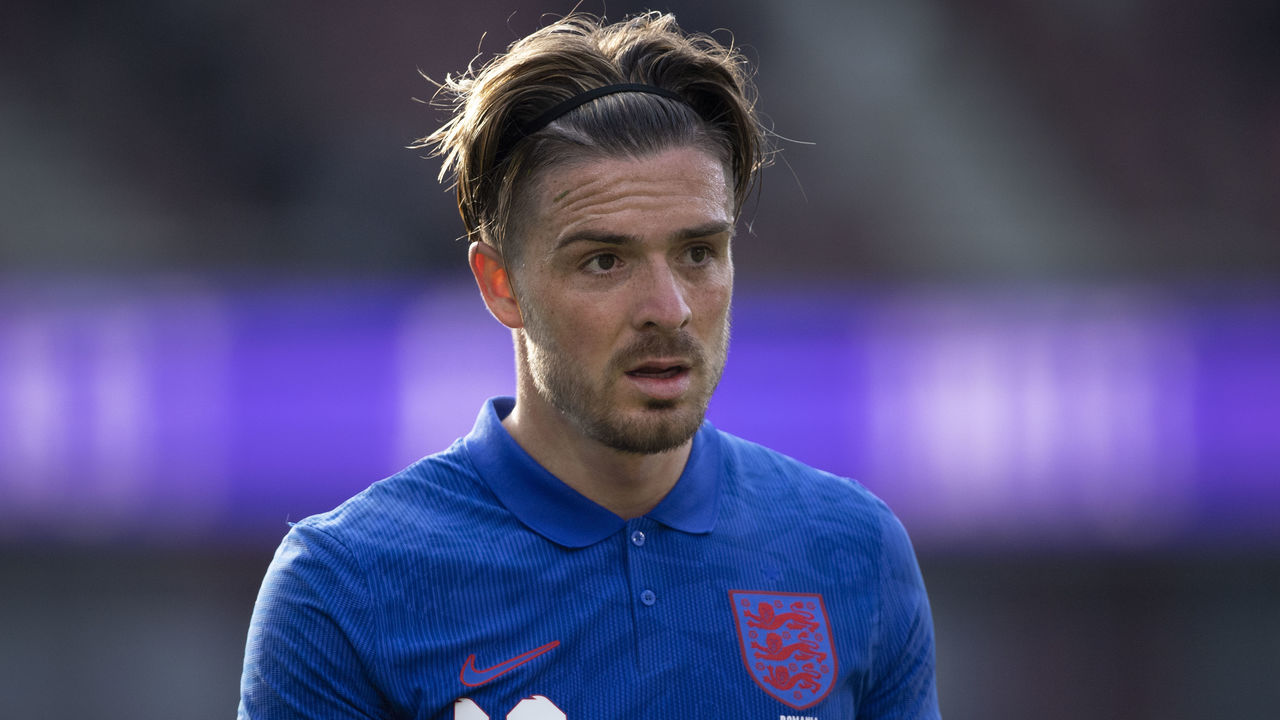 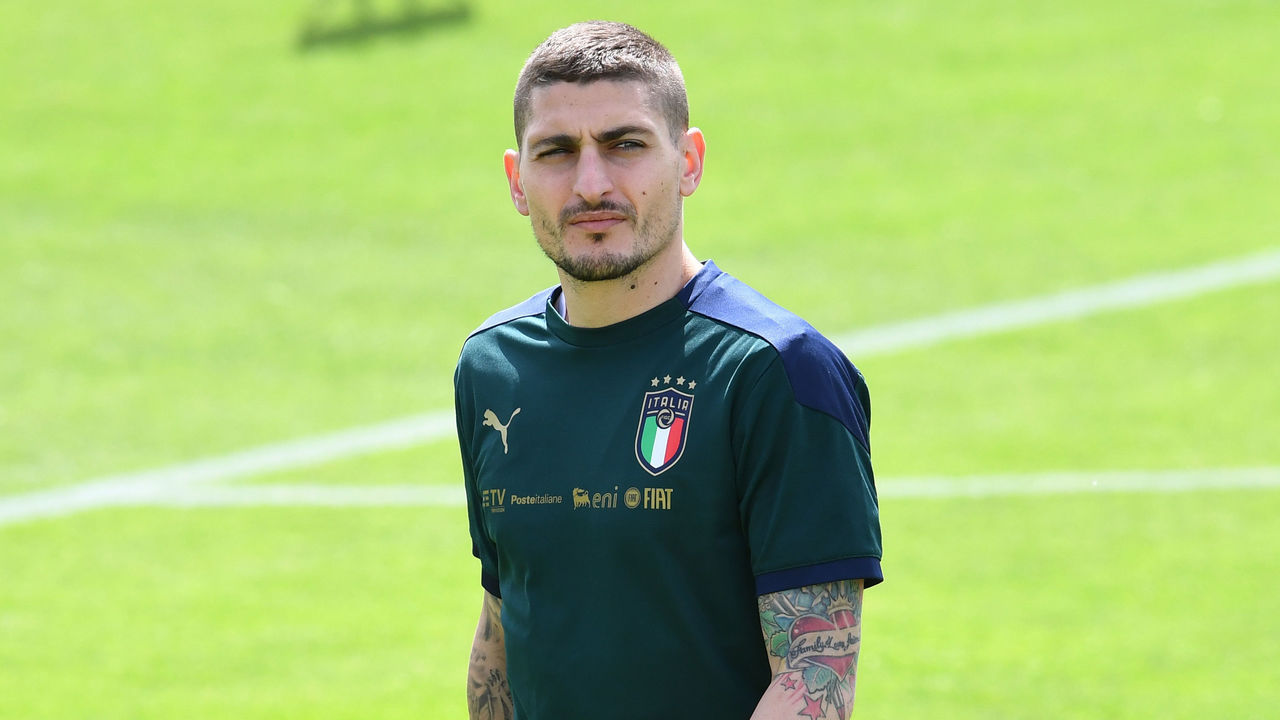 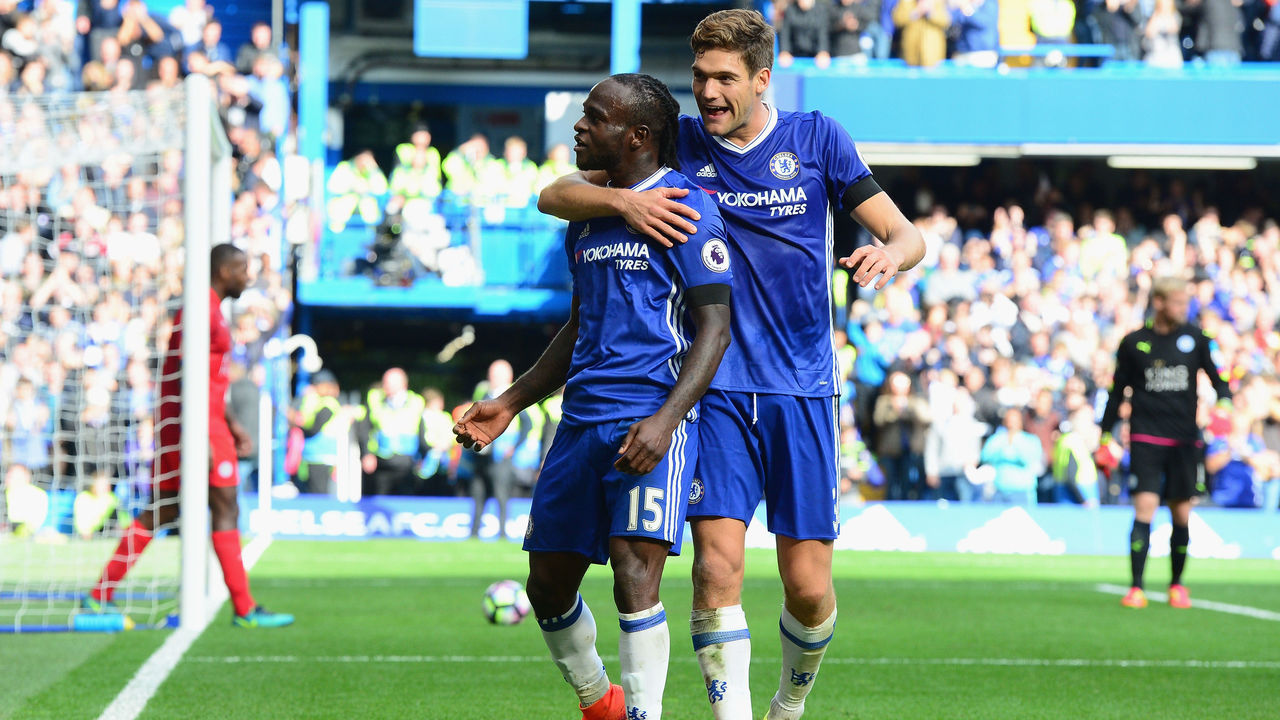 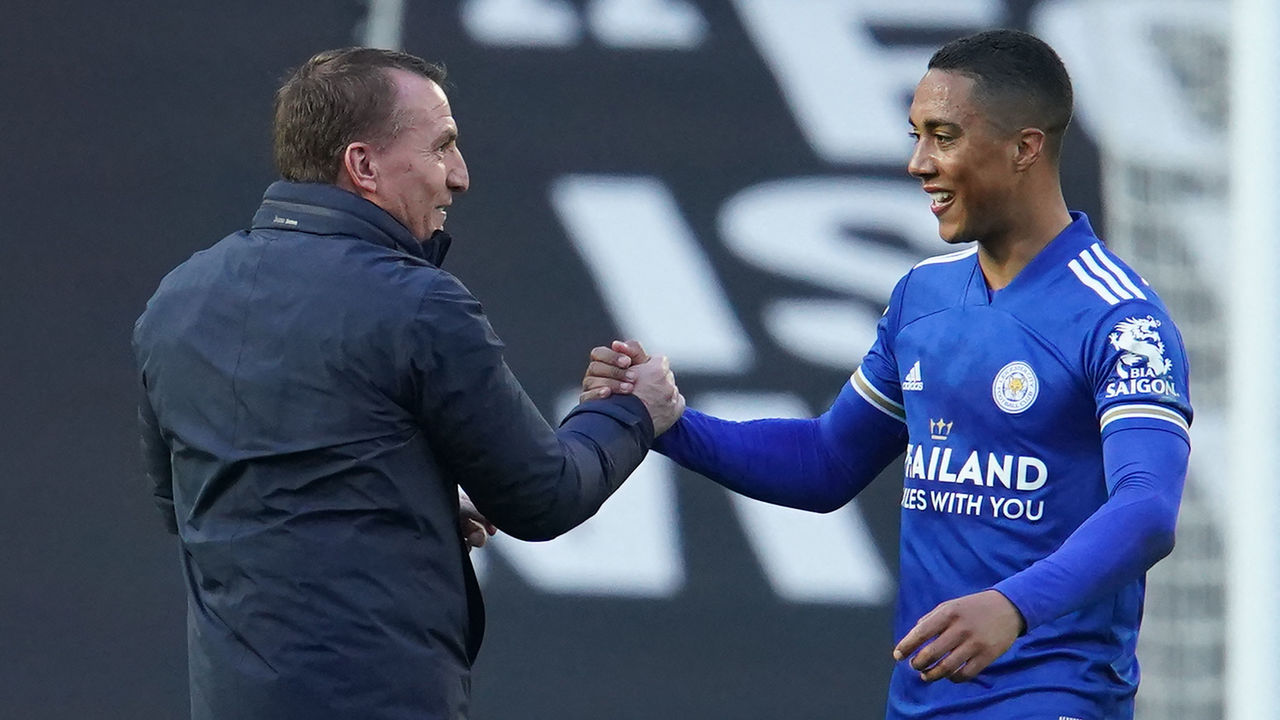 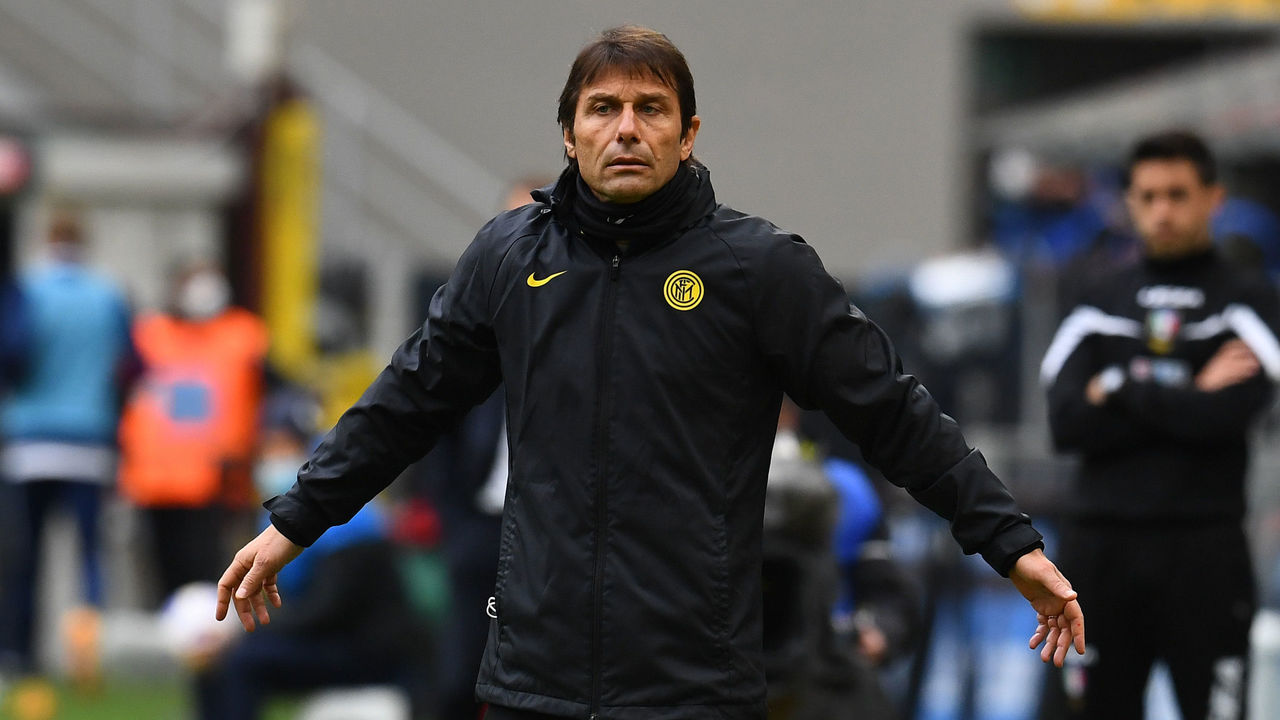